Some comments on using steffects in Stata

There is a command in Stata called stteffects which calculates marginal effects for survival-time data. This is the description in the helpfile:

I will concentrate on regression adjustment as this is essentially what standsurv does. The other estimators are just different methods to estimate the same underlying quantities.

I do not use stteffects as the estimand of interest is based on the mean survival time. In many cases this relies on extrapolation beyond the range of follow-up. In my applications I am not willing to make such strong assumptions. I will illustrate this with an example using the Rotterdam Breast cancer data. The code below loads and stset’s the data. I restrict follow-up time to 5 years as ths highlights some of the extrapolation issues. I would usually use the exit() option of stset to restrict follow-up time, but for some reason sttefects does not allow you to do this.

I have plotted the Kaplan-Meier curve comparing those who receive and do not receive hormonal treatment, which shows that those taking treatment have slightly better survival. As shown in other examples there is imbalance between the groups for a number of potential confounders. For simplicity, I will just use age at diagnosis and the number of positive lymph nodes as potential confounders.

Those receiving treatment are older and have slightly more positive lymph nodes.

I will first use stteffects using regression adjustment (ra) with age and enodes as covariates. I will use the potential outcomes framework,

I use stteffects to estimate this below,

What has stteffects done? Well effectively it has fitted a Weibull regression model that includes age and enodes and hormon and the interactions between enodes and hormon and between age and hormon. It has also allowed the shape parameter of the Weibull model to vary by hormon. This model is the same as fitting separate Weibull models for the untreated and treated groups. It has also estimated the mean survival time if all individuals were untreated and the mean difference in survival time between the treated and untreated. It actually simultaneously estimates all this, but as I will show below, it is doing exactly the same as regression standardization using standsurv.

I have assumed a Weibull model in the above code, so it is of interest to see if fitting a different model gives notable differences. Below I run steffects again, but now using a lognormal model.

The mean survival time for the non-treated has increased from 7.84 years to 12.57 and the average causal difference has increased from 1.07 years to 3.43 years. This should be concerning has the estimates appear to be strongly dependent on the choice of parametric distribution.

Let’s explore what is happening here and why the estimates are so different. The code below fits all models available in streg to the non-treated group (hormon=0) and compares the estimated survival functions to the Kaplan-Meier estimate. I am not fitting covariates here as I am just making a point about extrapolating beyond the range of your data.

None of the fitted line are perfect (we will do better with stpm2 later), but are in broad agreement. The problems is we have censored survival data and the maximum follow-up time is 5 years. Mean survival can be calculated as the area under the survival function and so the graph above does not show what we want. I now perform predictions up to 80 years. Here were are extrapolating beyond the range of our follow-up.

Now we can see the difference between the estimated survival functions between the different models. There is very little difference up to 5 years, where we have follow-up information to, but they are very different beyond this point. The mean survival time is the area under each curve and we can see why the Weibull model gives a lower mean than the log-normal model. In fact the Log-logistic and Log-Normal model are still clearly above zero at 80 years.

What does this mean? Well if you have a lot of censoring and the survival function is clearly above zero at the end of your follow-up then you are making strong assumptions about what happens beyond where you have data if you use stteffects.

I have used df(1) as this is equivalent to a Weibull model. By using tvc(hormon) and dftvc(1) I have allowed the shape parameter of the Weibull model to vary between those receiving and not-receiving treatment. I could have fitted separate models by treatment group and the parameter estimates would be the same, but by fitting one model I will be able to form contrasts between the treatment groups using standsurv.

The two survival functions can then plotted. A reference line at 5 years has been added to indicate where we have follow-up information to.

The estimated average potential outcome for the untreated can be approximated by using integ to approximate the area under the survival curve (I will use standsurv to do this better shortly).

This is similar to the output from stteffects above (7.841406 vs 7.8376079). Using the rmst option of standsurv will do more accurate integration. I will integrate up to 100 years (theoretically the integral is to infinity, but the survival is virtually zero at 100 years). rmst stands for restricted mean survival time, but if $t$ is large enough so that $S(t)\approx 0$ then this is effectively the area under the full survival curve.

I have used the mestimation option to calculate the equivalent of robust standard errors so that these and the confidence intervals are comparable with stteffects. I have also used the trans(none) option as sttefects calculates standard errors on the untransformed survival scale, while the default in standsurv is the log scale.

The estimates are now very similar to stteffects (to 4 or 5 decimal places).

This has shown that I can obtain the same estimates as stteffects using standsurv, but generally I would not be happy in doing so as to obtain the estimated mean of the potential outcomes I have had to extrapolate my two survival functions way beyond the end of follow-up. I am not sure is this is obvious to users of stteffects.

I have previous discussed using RMST in another tutorial. As a reminder the restricted mean survival time at time $t^*$ is defined as, $$ E\left[min(t,t^*)\right] $$ i.e. it is the mean up to some point $t^*$. The RMST can be estimated by calculating the area under the survival curve between 0 and $t^*$. In an observational study where we need to take account of potential confounders, we can define the RMST of the standardized survival function as

We used the rmst option of standsurv above, but integrated the survival function to 100 years, to where $S(t)\approx 0$. So if we feed the timevar option a lower value of $t$, then we can calculate RMST to a point within our follow-up period. In the code below I use 5 years.

We get a difference of 0.199 (95% CI 0.055 to 0.343) years between the two groups. The difference in RMST can still be interpreted as a causal effect but, unlike stteffects, does not reply on extrapolation. Alternatively, the difference in standardized survival functions could be presented. 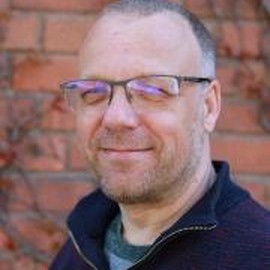